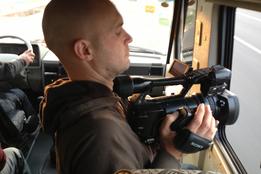 Jon Johnson is an Oscar and Emmy Award-winning Sound Designer with three decades of experience in sound for picture.

Highlights from his stellar feature film and television career include U-571, for which he won the Academy Award; Independence Day, The Blind Side, Captain America, 42, Saving Mr. Banks, The Rookie, Samsara, A Knight's Tale and Rounders; as well as his Emmy Award for the miniseries Unnatural Causes and three Emmy nominations for the high-profile miniseries John Adams and Fresno, as well as the hit TV series MacGuyver.

His upcoming releases include the studio features The Founder and Hunter's Prayer.

Jessica Cauffiel is best known for her memorable roles in several successful feature films, including Legally Blonde, Legally Blonde 2: Red, White & Blonde, White Chicks, Hoot, Stuck On You, The World's Fastest Indian, D.E.B.S. and Road Trip; as well as popular network television series such as The Drew Carey Show, My Name Is Earl, and Frasier.

Following her producing debut in the acclaimed short film Bed Ridden, directed by Academy Award nominee Jonathan Heap and starring Alan Tudyk, Joel David Moore and herself, she produced and made her cinematic writing debut in the feature documentary The Original Mind, about visionary painter, poet and artist, Nicholas Kirsten Honshin.

As Producer, Writer, she heads behind the camera again for Master, which documents the extraordinary life of renowned 83-year-old Chinese Qi Gong and Kung Fu grandmaster, Master Zhou Ting Jue.

Jessica is passionate about creating films that uplift, transform, and inspire people to realize their true power and the miraculous, unlimited potential within each of us. 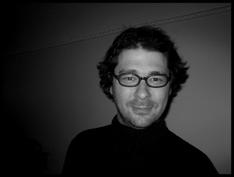 Pablo Bryant has been the Director of Photography on several acclaimed feature documentaries including Crazy Wisdom, about the life of eccentric Tibetan Buddhist teacher and author, Chogyam Trungpa; When The Iron Bird Flies, featuring HH the Dalai Lama and HH the 17th Karmapa; and Tulku, which he filmed in India and Nepal for the National Film Board of Canada, airing on CBC Television.

Pablo has filmed numerous other prominent TV series and documentaries, including HBO’s Cinema Verite’, the documentary The Vanishing of the Bees, narrated by Ellen Page, and Mad Men Seasons 4 and 5. He recently finished shooting the feature-length documentaries Relocation Arkansas and Master.

In addition to his work as a cameraman, he produced and directed a documentary short about the epidemic of homeless children in the United States entitled Stand Up For Kids, and is currently producing and directing a feature-length documentary on the controversial cartoonist, Mr. Fish: Cartooning from the Deep End.

On his direction of The Only Game in Town at the Metropole in Los Angeles, LA Weekly wrote: “Dastan Khalili is clearly an actor’s director, encouraging unpressured performances to blossom. He lends the proceedings a light touch and disenchanted sweetness, as well as credibility.”

In a review of his feature debut, Insomnia Manica, the Los Angeles Times said: “It’s an elegantly shot mood piece set amid the downtown LA lost crowd, and the intense Khalili creates a striking screen presence.” Another reviewer wrote: "Dastan Khalili sparks with moments of genius in his first narrative feature. I cannot wait to see what’s next."

With a BA in Theatre and decades of experience in directing, acting and producing, Dastan is a passionate filmmaker dedicated to telling compelling, illuminating stories inspired by the rich, colorful fabric of humanity. 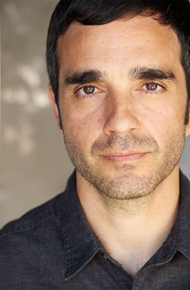 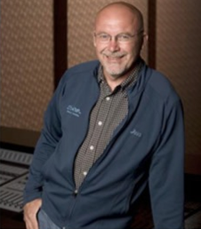 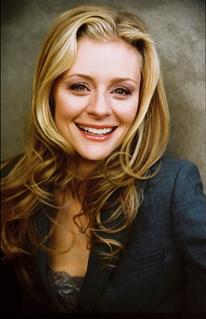 Emmy Award-winning composer Boris Zelkin is one of the premiere, prolific composers of music for film and television. He won an Emmy for Outstanding Musical Achievement for his score to the World Figure Skating Championships in Moscow, and received three additional Emmy nominations for his work in Sports Television Entertainment for The Masters and Baseball, on ABC. His work has been featured in numerous feature documentaries, television series, TV documentaries, video games and commercials.

Highlights include: Fracknation, Height of the Sky, Lt. Dan Band: For the Common Good, 30 for 30, The Masters and Baseball on ABC, CBS Sportsdesk, ESPN Hollywood, ESPN 25, and more.

Boris has garnered several accolades, including a special invitation to the White House to screen the movie Height of the Sky, for which he wrote the score.